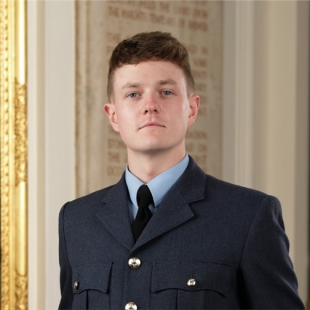 I am Flying Officer Christopher Fedden, a freshly-minted RAF Officer. After graduating in February 2020, I was lucky enough to be assigned to the European Joint Support Unit (EJSU), a part of Strategic Command. However, the second the tyres of my flight touched down in Brussels, Belgium went into lockdown, so my hopes of traveling around Europe were dashed pretty swiftly. 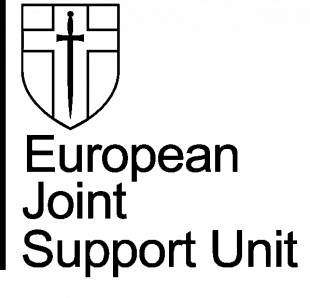 From the Arctic Circle to the Mediterranean, the EJSU provides the firm base and real life support (RLS) to facilitate the British contribution to NATO as well as UK exchange, liaison and diplomatic operations in mainland Europe. HQ EJSU personnel come from all areas of the armed forces. There are soldiers, sailors and airmen from the full range of the single services: aircrew, artillerymen, guardsmen, logisticians, and submariners to name but a few.

From the Supreme Headquarters Allied Powers Europe (SHAPE) in Belgium, this tri-Service organisation provides support to personnel in 17 countries, spanning over nine million square kilometres. The area of responsibility has continually expanded since EJSU was formed in 2012 and the unit’s mix of military, civil servants, and host nation employees currently supports over 3,500 personnel and their families. It is their responsibility to ensure that our personnel and their families are looked after and, where possible, given the same level of support they would receive in the UK.

This support is implemented via a hub and spoke model. HQ EJSU provides the hub and National Support Elements (NSE) provide the spokes. There are 16 NSEs providing day to day RLS for personnel in locations such as Milan, Norway and Lisbon. Each NSE is overseen by a Head of Location, usually managing a team of junior ranks and some host nation civilians or dependants. Some of the less populous postings such as Tallinn or Thessaloniki do not have their own NSE and so are supported by the Isolated Detachments NSE located within HQ EJSU.

EJSU is in the process of extending its reach to capture the majority of service people/supported population posts in Europe and consolidate them under one organisation. This ensures that our people in remote places are provided with the same system of support as those elsewhere in Europe. When this work is complete, 6 new countries and hundreds of new individuals will come under the EJSU support umbrella.

Before I arrived at EJSU, neither I nor any of my course had heard of this organisation. EJSU seems to be somewhat of an unintentionally well-kept secret hidden across the English Channel.

Whatever the reason may be for EJSU’s anonymity, the scale of it makes the “unit” more comparable to a Regional Brigade back in the UK. For example, our logistics personnel have work all over the continent; our trainers deliver essential training to EJSU’s personnel throughout Europe, from the most junior personnel to senior Generals; and our operations teams plan for eventualities that would not be present in the UK, such as natural disasters.

What have been the challenges?

The COVID-19 pandemic has presented significant challenges for the EJSU, as it has everywhere. The welfare and mental health of personnel has been particularly strained by COVID-19 due to travel restrictions preventing people from seeing loved ones and spending leave back in the UK.

To address this the Commanding Officer, Lieutenant Colonel Jonathan Craven, along with members of the HQ EJSU team, wrote a paper detailing the adverse effects that UK quarantine restrictions were having on the mental health of his people. This paper contributed to Strategic Command managing to secure exemption from quarantine for military personnel and their families, when travelling back to the UK on welfare grounds; just in time for Christmas.

The persistent and fast-changing nature of the COVID-19 pandemic necessitated EJSU to be operationalised. An Ops Cell was established in Feb 20, which has retained a 24/7 op capability since then in order to manage COVID situations ranging from singular confirmed cases to large scale outbreaks.

The Ops Cell has since been expanded to incorporate a dedicated EU Transition team as EJSU prepares itself for 2021 and the UK’s future relationship with the EU.

Most recently, the Ops Cell directly supported those affected by earthquake crisis in Izmir alongside the in-country Head of Location, Staff Sergeant Vesi. Thankfully, there were no UK casualties and all personnel were safely evacuated to accommodation away from the most at risk areas.

Due to the unprecedented circumstances brought about by COVID-19, coupled with the breadth and depth of responsibility, I have been afforded the opportunity to take on more responsibility than would normally be expected of a Holding Officer. Unlike many of my contemporaries, I have been working with colleagues from all 3 of the armed forces, as well as alongside NATO and overseas personnel.

So despite the fact my brew making skills may not be on par with some of theirs now, I have gained service knowledge and staff experience that many do not have the chance to gain at such an early stage of their career. Pandemic aside, holding at EJSU has been an enjoyable, unique, and valuable experience.