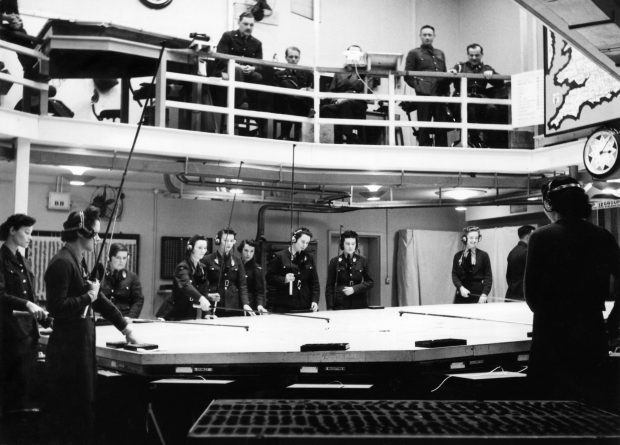 However, there is another significance to this autumn. Currently, defence is in the grip of preparing for the “Integrated Review”, which will decide on the future of Britain’s foreign policy, defence, national security and international development. This review is set to be the biggest overhaul of defence since the Cold War, and it is marked to set out the future of how Britain will operate for years to come.

But in deciding our future, should we actually be looking to the past?

More notably, should we be looking to 80 years ago and an air defence network that was key in securing Britain’s victory in the skies, known as the Dowding System. Named after the Command-in-Chief of Fighter Command, the Dowding System brought together technology, ground defences, and fighter aircraft and turned them into a unified system of defence.

Critical to the Dowding System was a clearly defined chain of command that controlled not only the fighter force, but also ground defences such as anti-aircraft guns, searchlights, and barrage balloons. All of these elements benefitted from the system’s ability to process intelligence and then communicate orders rapidly to the frontline elements, ensuring they worked in harmony.

Access to information was therefore critical to the Dowding System’s success and, in that regard, Britain held the technological edge in the form of “Chain Home” radar capability. This series of radar stations along the south and east coasts enabled the early detection of Luftwaffe raids as they approached Britain. Once the German bombers were inland, the men and women of the Observer Corps were responsible for spotting and tracking enemy aircraft.

All this information was channelled centrally in through either Fighter Command HQ or Group HQ operations rooms. Once there, it was added to the overall strategic “big picture” and then analysed so that a decision could be made on the best way to respond. From there, the decision was communicated through as a series of orders to the frontline commanders.

The Dowding System’s ability to process huge amounts of information quickly and to rapidly respond to the changing situation in the air was key to Allied success in the Battle of Britain. But 80 years on, the same core principles behind the Dowding System are still relevant for defence today.

Technology has changed, creating an exponential increase in the amount of information that military commanders have access to, and the range of capabilities that those commanders can employ in response has also increased.

But whilst the complexity of the system has increased, the principles remain the same. How can we best process information rapidly and get it to the frontlines to ensure that all the defence elements work together in harmony?

That very question is being asked of defence as part of the Integrated Review. One answer to this is Multi-Domain Integration (MDI). At its core, MDI holds the same principles as the Dowding System: gather intelligence from all sources and get it to decision makers as quickly as possible.

Because of the speed of modern warfare, the amount of information available and the ever-increasing complexity of the threats posed to us by our adversaries, the use of technology is key. Just as “Chain Home” provided Britain the edge 80 years ago, modern technology such as artificial intelligence, machine learning, and cloud-based computing must be embraced in order to allow us to best understand the information we gather and then ensure orders can be rapidly communicated through to the frontlines.

The success of the Dowding System can also be the success of MDI. By having the capability to process large amounts of information and rapidly respond to situational changes, we will enable our Armed Forces to work more efficiently, even if we are outnumbered and outgunned, just as we were 80 years ago against the Luftwaffe.

The need to work together has never been more apparent for defence. Whilst we are not at war as we were 80 years ago, the threats which we face are very much real. By embracing technology, using information to our advantage, and by ensuring all parts of defence work together, we too can ensure that “the few” can continue to protect us all.

You can read more about Multi-Domain Integration in our recent post.