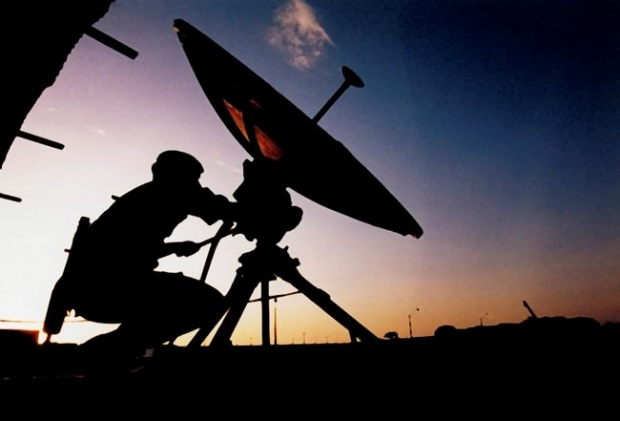 If you have been following the recent developments in the world of defence, then you may have heard of the term “Multi-Domain Integration” (MDI); if not, this article explains more. MDI is thought to be the future of UK Defence, and the only way for Britain to remain competitive in the rapidly-changing world of modern warfare.

But what is MDI? The concept is easier to understand than it sounds. Multi-Domain Integration is about ensuring that every part of defence can work seamlessly together and with government departments and Britain’s allies, to deliver a desired outcome.

That explanation is perhaps a little overly simplistic, so let’s look at it in more detail. We can start with the “domains” in MDI. What exactly is a domain? In this instance it refers to a type of area in which a military force might engage in conflict. The first 3 are the traditional theatres of war: land, sea, and air. The other 2 are newer, having emerged with the advent of modern technology: space and cyber.

What about integration? This is all about combining many things into a single thing. Think about your smartphone. It isn’t just a phone. It’s a camera, a calculator, a web browser, a GPS, a music player, and so much more. The capabilities have been integrated into one device, and, more importantly, they all work better when they work together.

You might be thinking; “Well, the army, navy and air force already work together, don’t they?”, and you would be right. It would be unthinkable for our modern-day armed forces to fight as a single force without support from the others – whether that’s close air support for combat troops on the ground, or aircraft carriers at sea providing a mobile base of operations for that air support. But MDI is all about taking this concept of working together even further, which starts by looking more closely at how we command our armed forces.

The MOD is made up of 4 commands – the British Army, the Royal Navy, the Royal Air Force, and Strategic Command. Each of these organisations has many specialised functions which it can perform within one or more of the domains. To achieve this, the Army, Navy and Air Force have all invested in cutting-edge equipment which uses some of the latest tech.

However, because they were all developed separately, often in isolation from one another, all equipment works in slightly different ways. Because of this, it can sometimes be tricky to get them to coordinate. Joint operations, as it is known, requires careful planning and, at times, a lot of patience and understanding by everyone involved.

Why has this happened? One reason may be historic. The Navy is almost 500 years old, the Army is approaching 400, and the Air Force recently celebrated its 100th birthday. Over these long histories each service has developed a way of operating which works for them. When you have done something for so long and been successful you often develop a preference for how you want to do it.

Our vision of MDI has 3 aspects to it:

You might think about it like your 5 senses: touch, taste, smell, sight, and hearing. Each sense provides you with a different way of perceiving the world and, in isolation, they can all provide you with information. But when used together they provide you a much richer picture.

If the capabilities of the Armed Forces in each of the 5 domains are like the senses, then Strategic Command builds a better brain through MDI, powered by modern technologies like AI and machine learning, and supported by cloud computing and big data processing capabilities. Through this unified way of working Strategic Command aims to create a more agile, more effective UK Defence.

In addition to the UK Armed Forces, there are several other government departments which also contribute to defending the UK, whether that’s Government Communications Headquarters’ (GCHQ) information gathering and analysis capabilities, or the Foreign Commonwealth Office’s (FCO) diplomatic expertise.

While we might not traditionally consider those capabilities part of Defence in the military sense, when we observe the recent actions of some of the world’s other major military powers, we can see that they often used a blended approach of military, economic, and diplomatic power in order to achieve a desired outcome.

As for Britain’s allies? They have world-leading capabilities too. Sometimes they have capabilities which we may not have access to, or that we have committed elsewhere, and they can offer additional resource where Britain needs it, and we can likewise provide that to them.

If we extend the MDI concept to include not just the Armed Forces, but our Allies and the other government organisations as well, you can hopefully see how this would help to create even more capability for Britain. Rather than working in isolation, or only coming together when we need to, we need to create a Defence that works together by design.

Most importantly, even if we act now then we are only catching up to other nations who have been doing this for years. But if we want to catch up it will take a concerted effort across government to change how we think, how we plan, and ultimately how we operate.