In a leafy green campus nestled in the fields of Oxfordshire, three experts are reshaping training and education approaches in modern warfare.

At the Defence Academy of the United Kingdom, three specialists in science, technology, engineering and mathematics (STEM) are driving forward educational programmes supporting the UK’s defence and security sector as it positions itself at the forefront on emerging technologies and threats. In the traditional world of defence education, three women are modernising for real-world impact. 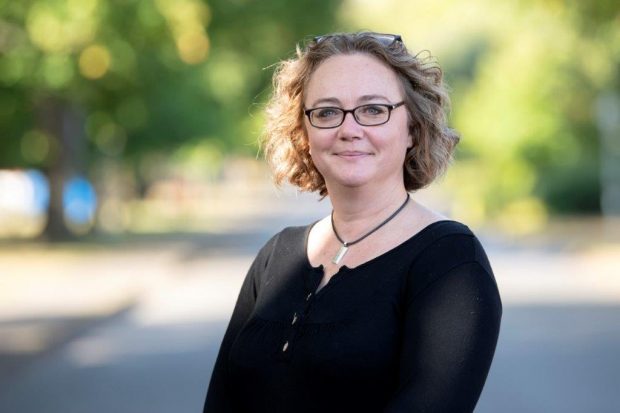 As an experienced civil servant with degrees in the sciences, Heather Goldstraw’s experience in delivering real-world innovation provides a fresh perspective to education in a military organisation.

“So much brilliant science and technology ends up in the ‘Valley of Death’ because there’s not enough understanding of, or investment in, the wider business issues necessary to enter the market,” explains Goldstraw.

“There’s a rule of thumb, for every £1 spent on research, you need £10 for product development and £100 to actually bring it to the market.” That’s what Heather’s career has been built upon – connecting science with business in progressively senior roles in Government and the Ministry of Defence, working closely with research and industry colleagues to understand and improve the end-to-end innovation system.

She shared an example from a previous role about reducing the weight of soldiers’ body armour by integrating a novel conducting fabric, thus reducing the number of battery packs and cables carried.

According to Goldstraw, it took over a decade for the original invention to become a product, as many business challenges had to be solved: If a prototype costs hundreds of thousands of pounds to make, how can that be produced at scale and an affordable price point? What manufacturing investment would be needed to produce the fabric in that volume?

For nearly two years now, Heather has headed the Technology & Business Faculty at the Defence Academy. She is reshaping and integrating curriculums by strengthening links to science and industry to ensure those studying have the skillsets to translate science and technology into real-world capabilities – true innovation.

“Military ops need military capability to be delivered, which needs technology and business systems to work together, so I’m a big fan of the One Academy and Whole Force drives now being taken here,” explains Goldstraw.

Heather’s team is also building more flexible learning pathways. “Every person brings with them personal, professional and role-based experiences and skillsets. A good learning pathway allows for adaptions according to what each individual brings to the table and can be tailored to respond to dynamic requirements.” 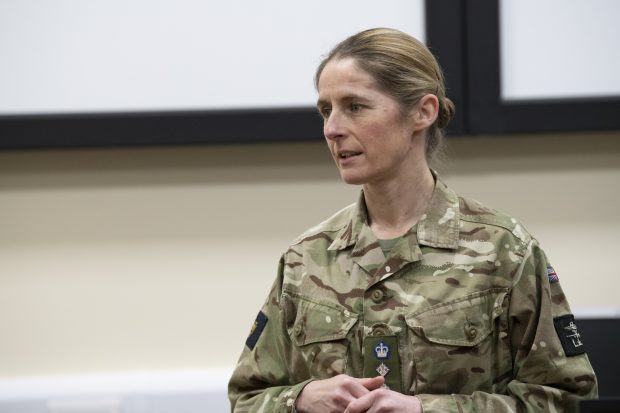 As a graduate of Welbeck - The Defence Sixth Form College, Colonel Caroline Woodbridge-Lewin’s time in the Royal Corps of Signals was spent looking at how different capabilities could be used to out-think and out-manoeuvre our adversaries.

This experience serves Col Caroline well as Head of the Information Warfare Group, part of the Technology & Business Faculty, responsible for training and educating the defence and security sector to fight with information across the five domains: space, cyber and electro-magnetic, maritime, air and land.

Because of information warfare’s cross-cutting nature, she is building a network to identify requirements and tackle its challenges in training and education by working with other Government departments, industry, and academia. This requires a unique skillset.

“Tech experts often speak in a language that is difficult to translate to the outside world. Because of the prevalence of information warfare, it is critical that even the least technologically-capable person understands it.  It’s about discerning our mission and finding the right partners to keep training and education in information warfare at the cutting edge,” explains Woodbridge-Lewin.

Leading both civilians and military officers, Col Caroline is building a team that embraces diversity as a way to propel out-of-the-box thinking.  At the heart of these efforts is establishing the Information Warfare Network - known as HutEighteen - as an informal group of experts that can act as force-multipliers to engage with and enhance training and education in Information Warfare.

“The speed of change in information warfare is rapid. Traditional educational models can take years to develop. HutEighteen will serve as an organic, flexible network with small sprints of activity to frame education more quickly.” The end goal is to establish an Information Warfare environment with a synthetic environment to test and train, as well as a virtual environment to run artificial intelligence (AI) scenarios.

“Modern warfare has evolved beyond the traditional battlefield and now also encompasses the ‘grey zone.’  My team and I are establishing vanguard approaches to training and education by building critical relationships across industries and sectors,” says Woodbridge-Lewin. 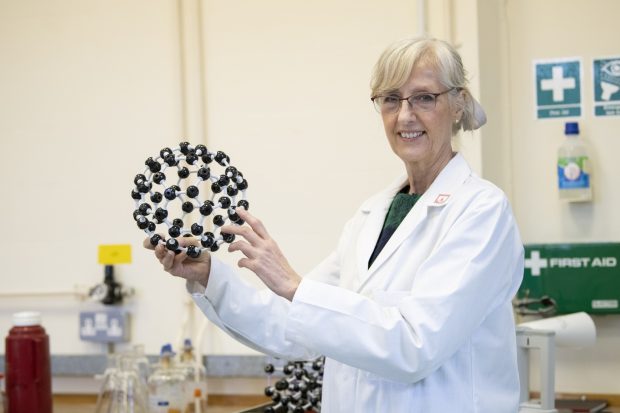 As a researcher in explosives, including a doctoral on polymer chemistry and a post-doctoral research contract with the renowned Martin Fleischmann, Professor Jackie Akhavan is a leading expert in polymer-bonded explosives.

She is currently the Director of Education for Cranfield Defence and Security and the Head of the Centre for Defence Chemistry at Cranfield University, an academic partner at the Defence Academy.

After previously working in industry on fibre optics and polymers, she re-joined academia teaching polymers in Shrivenham. This is where her expertise and experience were built as she first began incorporating polymers as a binding agent for firework compositions.

Because explosives are typically in powder-form, putting it in a warhead is a real challenge. “Try thinking about it like a baking analogy. In a cake, eggs bind the flour.  Essentially, that’s what I do for explosives as the polymer is the binding agent,” Akhavan explains.

In the past, explosives were typically produced in large quantities, which was not only expensive, but also known for accidents. Now, new research and technologies are revolutionising explosive technology.

Prof Jackie and her team are exploring how 3D printing can replace the traditional manufacturing processes; how continuous flow nitration can be used to synthesise energetic molecules in a safer way; and if co-crystallisation can produce explosives with higher performance without compromising safety.

But, Prof Jackie and her colleagues do not only work on developing new explosive technologies, they are also looking at reducing their environmental impact. This has real world implications for assessing explosive contamination in soil and water with a view to decontaminating affected sites.

In their own ways, each of these three experts are making significant enhancements to drive forward higher education for our defence and security professionals at the Defence Academy. Each has risen to the top of their field and each is normalising what it means to be a woman in STEM.

The Defence Academy is just one of the incredible organisations which makes up Strategic Command.